Login
Log in if you have an account
Register
By creating an account with our store, you will be able to move through the checkout process faster, store multiple addresses, view and track your orders in your account, and more.
Create an account
Home WINEMAKERS Domaine Bonne Tonne
Categories 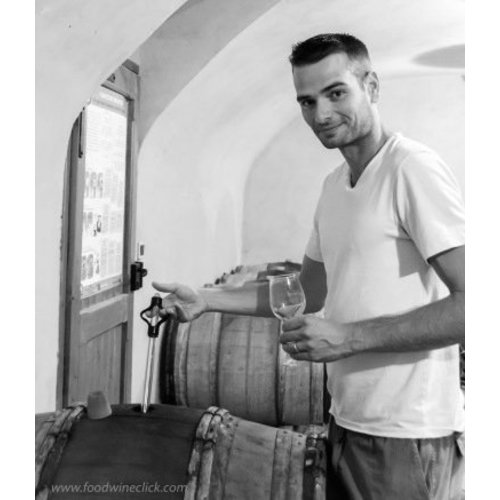 In 1975, as the 6th generation, Marcel Grillet took over the helm from Domaine de la Bonne Tonne in Morgon. He and his brother now each own five hectares within the Appellation. Marcel owns three plots, "Le Py", "Les Charmes" and "Grand Cras". All vineyards have been organically cultivated since 2003 and have been carrying the Ecocert logo since 2006.

Domaine de la Bonne Tonne was the winner of the 2018 Beaujolais test held bij the magazine "Proefschrift". The domain is now run by Marcel's daughter, Anne-Laure and her husband Thomas. They have re-introduced plowing with horses. Caline (the horse) is borrowed from friend and winemaker Paul Henry Thillardon. Father Marcel has a lot of fun plowing with a horse, just like he used to do. Unthinkable at the start of their bioconversion. Horse plowing is not a step backwards, but a journey to total respect for the environment, themselves and their customers. Plowing has an effect on the soil life of the vines, because it considerably limits soil compaction. Soil with more air = soil that lives! According to Thomas, dealing with and working with animals also works therapeutically and that feels very good.