open
Sign up for our newsletter
Get the latest updates, news and product offers via email
Login
Log in if you have an account
Register
By creating an account with our store, you will be able to move through the checkout process faster, store multiple addresses, view and track your orders in your account, and more.
Create an account
Home WINEMAKERS Nittardi
Categories 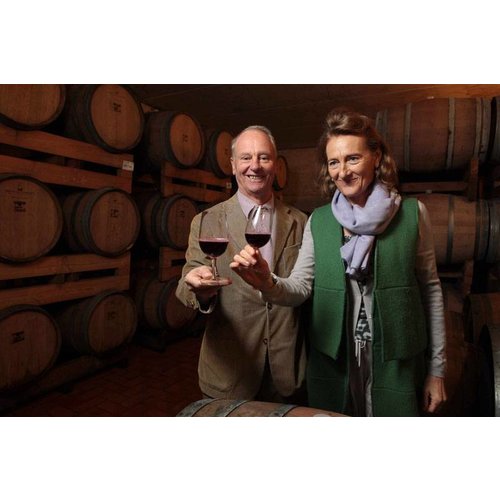 Nittardi is in the heart of the Chianti Classico area. Over the years, the domain often changed hands until it was taken over in 1982 by Peter Femfert, publisher and gallery owner in Frankfurt, and his wife Stefania Canali, a historian from Venice.
Stefania and Peter restored Nittardi step by step with care and love. The vineyards were replanted and in 1992 the old room with wine barrels was replaced by a modern wine cellar. A skilled team of wine lovers was put together with Carlo Ferrini as a consultant oenologist, Antonio Spurio as the technical director and Giorgio Conte as the commercial director. The son of Stefania and Peter, Léon Femfert, has been fully involved with the vineyard since the beginning of 2013.

In 1999 another fantastic wine estate was purchased in Maremma, near the coast in southern Tuscany. Since then, 17 hectares have been planted with local and international grape varieties. Ad Astra and Nectar Dei, The Super Tuscans of Nittardi, are produced here. In 2012, Maremma became the birthplace of Nittardi’s first white wine: BEN, a 100% Vermentino.

As a tribute to Michelangelo, the unique combination of art and wine is maintained at Nittardi. A famous artist paints the label and the wrapping paper every year, which is used for a "limited edition" of the Casanuova di Nittardi wine bottles. The collection, which was started in 1981, contains work by internationally renowned artists such as Hundertwasser, Corneille, Giuliano Ghelli, Igor Mitoraj, Yoko Ono, Guenter Grass and Dario Fo.

Not a year goes by that the wines of Fattoria Nittardi are not awarded an important award or rating, including the coveted Three Glasses of Gambero Rosso, Five Bottles of Vinid'Italia, 5 stars of Decanter, and 90+ (max. 94) points of the Wine Spectator. The Wine Enthusiast, Wine Advocate and James Suckling were also full of praise for Nittardi. 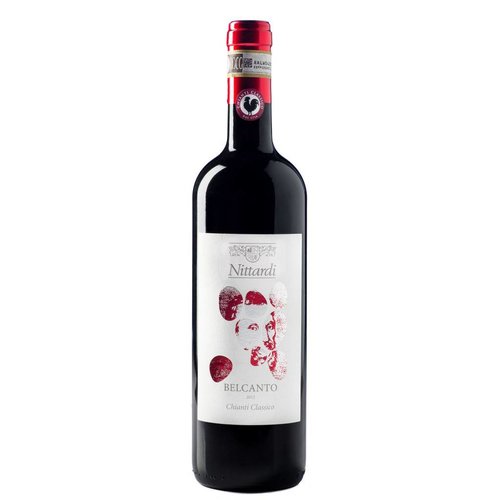 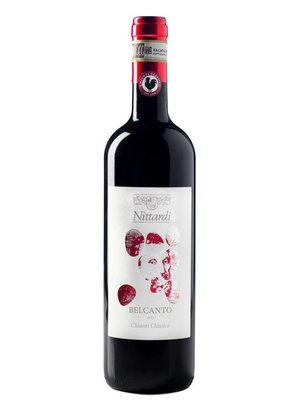